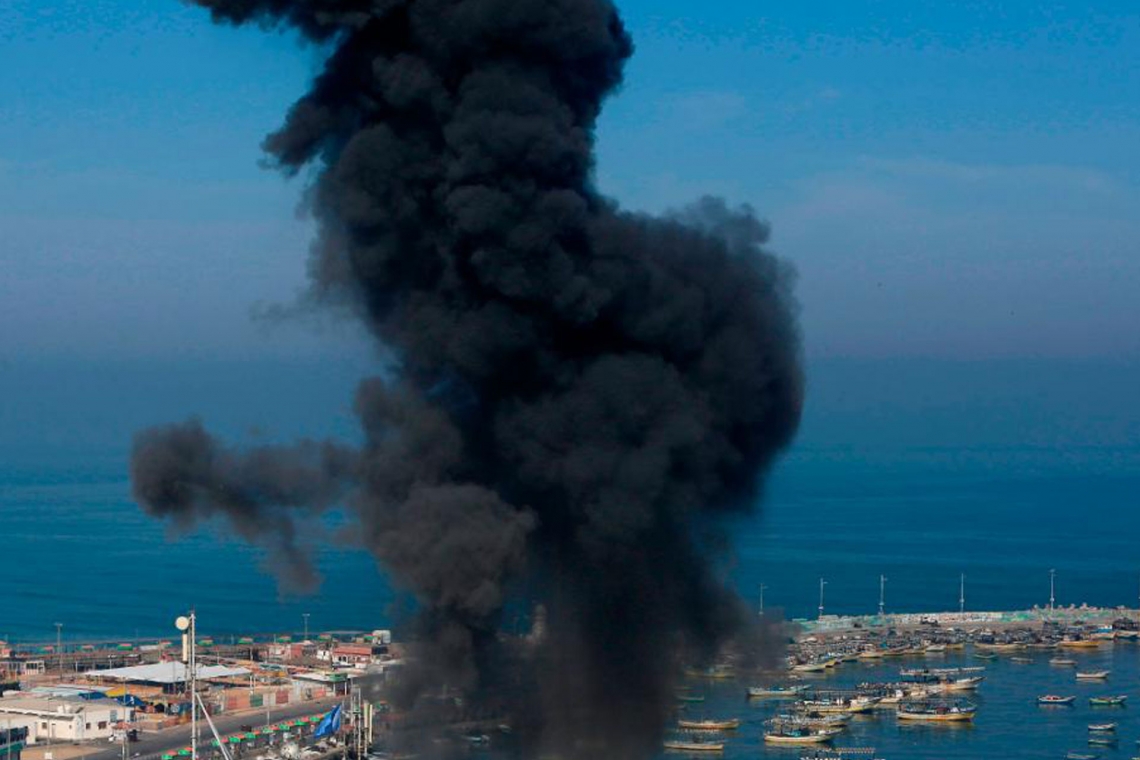 Four people have been killed by rocket fire from Gaza, according to local hospitals and emergency services. According to an Islamic Jihad spokesman, eight of the dead in Gaza are members of the armed wing of Islamic Jihad, the Quds Brigade.

Another of those killed was targeted deliberately -- the Israel Defense Forces (IDF) says Hamid Ahmed Abdul Khudri, 34, was responsible for money transfers from Iran to militant groups like Islamic Jihad and Hamas inside Gaza.

Health officials in Gaza also say that two infants, a 12-year old boy, and two pregnant women, have been killed.

There is a dispute over the cause of one of the infants and one of the pregnant women -- Gaza health officials say both died in an Israeli airstrike. In contrast, the Israeli military says they were killed when a militant rocket misfired on launch.

According to emergency response services, a 50-year-old Israeli man was killed when a Kornet anti-tank missile hit his car near Sderot on Sunday afternoon.

Turkey has condemned a strike on a building housing Hamas's military intelligence also uses the office of its state-run Anadolu news agency, a building that Israel says.

A spokesman for Turkey's President said: "We urge all governments that claim to defend press freedom, including @USEmbassyTurkey to join us in condemning the Israeli government."

Israel announced that it is closing the two border crossings between Israel and Gaza and closing the Gaza fishing zone. The fishing zone was restricted to 6 nautical miles earlier this week following a rocket fired from Gaza that landed off Israel's coast.

There was no specific date for when the crossings and the fishing zone would reopen. Saturday's rocket barrage came less than a day after two militants from Hamas' armed wing, the Qassam Brigades, were killed in an Israeli strike on Hamas posts in Gaza.

This militant group runs Gaza, following an exchange of rockets and airstrikes in March.

Though never publicly acknowledged by Israel, the agreement included measures aimed at loosening the restrictions imposed on Gaza's 2 million inhabitants.

Recent pronouncements by Hamas officials have suggested growing frustration that Israel has not moved fast enough to fulfill its pledges, including allowing the transfer of millions of dollars of extra funding from Qatar. The upturn in violence comes as Israel is preparing to mark Independence Day next week and host the Eurovision Song Contest the following week.

Analysts say Israel's Prime Minister Benjamin Netanyahu would much prefer those events to occur in a calm state rather than one of open conflict.