Mali's psychological attention to needs of the children 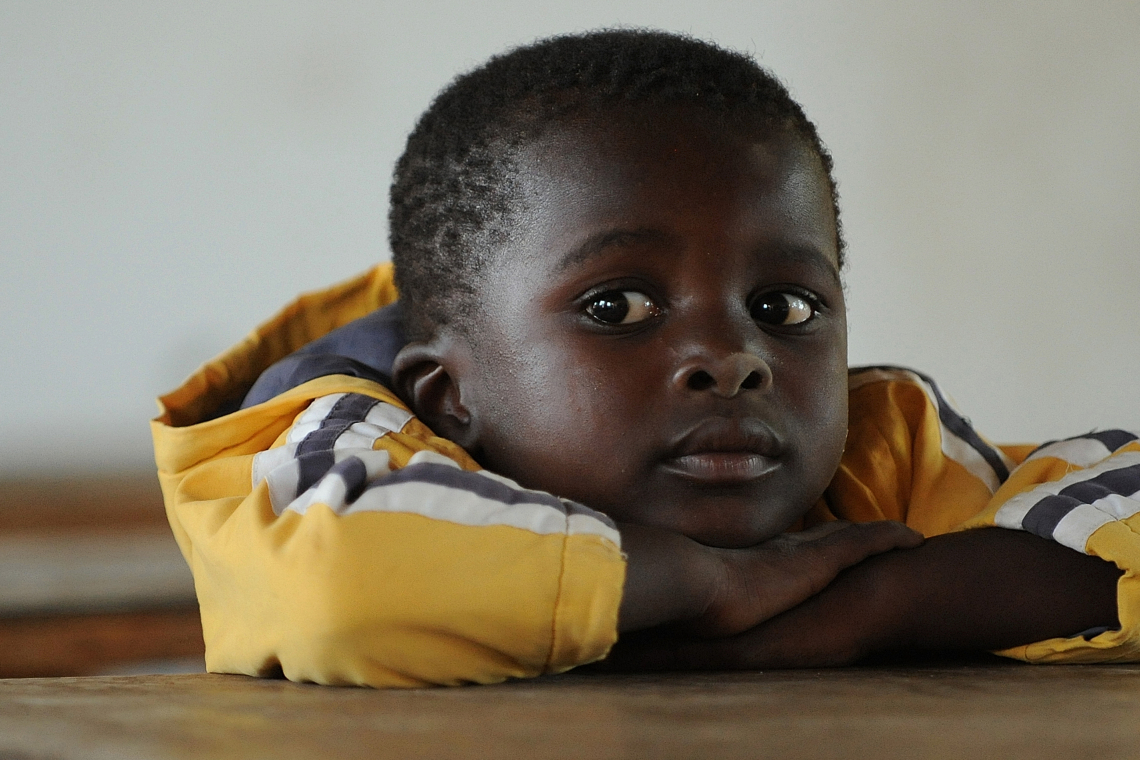 On the night of 23 March, 2016 the village of Ogossagou was attacked, leaving 46 children dead, according to United Nations estimates.

One of them was Maimouna Barry's youngest daughter Aminata, 7, who died while trapped inside the family home when flames began to consume it. When her body was found, Maimouna, 45, said she couldn't bring herself to look. Maimouna showed me what was left of her family home and the corner store she used to run. Where there used to be mats, chairs, and a corner store full of rice, sugar, and soap, there is nothing but ashes. Aminata was meant to start school this year. She was very smart, Maimouna told me. Aminata would help her mother with the store, serving clients that came early in the morning to buy sugar for breakfast.

She knew how to count up to 500, but if clients wanted to buy more than 500 CFA (West African francs) worth of goods, she'd tell them they would have to wait for her mother to come back. In her free time, she'd play house with her neighbors, wrapping dolls onto their backs and pretending to be mothers. One of the hardest parts, Maimouna said, was telling her 10-year-old daughter Hawa that her little sister died in a fire. Hawa screamed and threw herself on the ground, not wanting to believe the news.

The pain I witnessed in this village is indescribable. No parent should ever have to experience this. Maimouna's story is one of many devastating stories I heard. Families here have lost everything: their children, their parents, their homes, their cattle, and their livelihoods. I met many of the women and children several days after the attack and they were still in the same clothes they were wearing on the night of the attack or the night they fled. These clothes are now the only possessions they have left.

Besides the children that were killed, it is estimated that more than 30 children were injured. When I met them in the hospital immediately after the attack, some of them still had bullets lodged in their bodies. One girl had a fractured face and another girl's hand was crushed. All of them are suffering from psychological trauma. Little Mamadou*, 9, is one of them. He was evacuated from Ogossagou by ambulance with a broken arm, which happened when a bullet hit him. "When he arrived here, his eyes were red and he could hardly speak," recalls social worker Bouakary Keita. "The only thing he could say was: 'They killed my mother in front of my eyes, didn't you see?'" Today, thanks to Bouakary's support, Mamadou is slowly starting to speak and play again. On top of providing medical assistance, UNICEF and our NGO partner Coopi are helping children overcome trauma.

But the psychological needs of the children here remain enormous. One of the boys I met told me those who attacked his village said they would not kill them because they wanted them to watch their homes burning. This kind of psychological torture of the most vulnerable children is just incomprehensible. Unfortunately, the attack on Ogossagou is part of a dramatic, wider trend. Since the last half of 2018, there has been an unprecedented deterioration of the humanitarian situation in central Mali. Grave violations against children including killing and maiming, attacks and threats on schools and teachers, as well as sexual and gender-based violence, are all on the increase. But beyond grave violations, there is a slow burn crisis happening as well. Food prices are rising, insecurity is forcing schools to close and is compromising access to health centers, and displacement of the most vulnerable families is accelerating.

n short, the crisis in central Mali is impacting all aspects of children's lives -- jeopardizing their right to safety, protection, to health and to education. And yet despite these acute needs, the crisis in Mali remains one of the least funded in the world. UNICEF has a team of 20 in Mopti, in the Niger Delta region of Mali. Every day, our team is on the ground with our partners such as Coopi, Terre des Hommes and IMADEL, in health centers, hospitals and sites of displacement to help the children most in need. But to respond to the dramatic spike in needs, more support is desperately needed. The children of Mali have enormous potential: the potential to become agents of positive change, builders of a Mali which is peaceful, cohesive and economically competitive. But to play this role, they need protection, safety, healthcare, and education. We mustn't let them down.